Dr. Mitchell H. Gold has a lifelong commitment to helping patients with cancer. As CEO of Dendreon Corporation, Dr. Mitchell H. Gold and his team developed a new class of therapies called active cellular immunotherapy (ACI), designed to engage a patient’s own immune system against cancer. Dendreon ushered in an entirely new era in cancer treatment with the FDA approval of PROVENGE® (sipuleucel-T), in April 2010.

Dr. Gold was chairman and founder of Alpine Biosciences, a privately-held biotech company dedicated to developing the next generation of cancer and orphan disease treatments via a best-in-class nano-particle delivery system. Alpine Biosciences was sold to Cascadian Therapeutics (NASDAQ:CASC) in August 2014. For his contributions to science and the treatment of cancer, Dr. Gold was named a runner up to Steve Jobs and Jeff Bezos for “Smartest CEO” by Fortune Magazine and was honored with the 2011 Oliver R. Grace Award by the Cancer Research Institute. He was voted “Entrepreneur of the Year” in the Pacific Northwest in 2011 by Ernst and Young, as well as the top influencer in medicine in 2010 by Seattle Magazine.

Dr. Gold is currently the founder and managing partner of Alpine BioVentures. Dr. Gold is on Twitter at @Alpine_Mitch 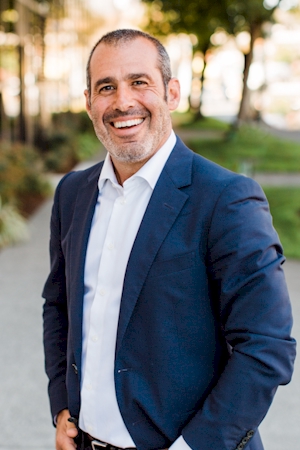