Dr. Mitchell H. Gold has a lifelong commitment to helping patients with cancer, stemming from the loss of his 26-year old mother to metastatic breast cancer when he was four years old. This loss served as the catalyst for Dr. Gold’s career in medicine and desire to transform scientific breakthroughs into effective therapies for patients.

As CEO of Dendreon Corporation, Dr. Gold and his team developed a new class of therapies called active cellular immunotherapy, designed to engage a patient’s own immune system against cancer. Dendreon ushered in an entirely new era in cancer treatment with the FDA approval of PROVENGE® (sipuleucel-T), in April 2010. This pioneering work validated the use of cellular therapies as treatments and opened the door for the creation of new companies focused on a patients own immune system cells as treatments.

Following his career at Dendreon  Dr. Gold was the chairman and founder of Alpine Biosciences, a privately-held biotech company dedicated to developing the next generation of cancer and orphan disease treatments via a best-in-class nano-particle delivery system. Alpine Biosciences was sold to Cascadian Therapeutics (NASDAQ:CASC) in August 2014 which was subsequently acquired by Seattle Genetics (NASDAQ:SGEN). In 2015 via his Venture Capital Firm Alpine BioVentures Dr Gold founded and provided seed funding to Alpine Immune Sciences to focus on creating multi-specific proteins to modulate the immune synapse.   Dr. Gold was an investor and board advisor to MavuPharma, a privately-held biotech company focused on novel approaches to target the STING pathway. MavuPharma was acquired by Abbvie (NYSE: ABBV) in  July 2019.

For his contributions to science and the treatment of cancer Dr. Gold was honored with the 2011 Oliver R. Grace Award by the Cancer Research Institute. He was voted “Entrepreneur of the Year” in the Pacific Northwest in 2011 by Ernst and Young, as well as the top influencer in medicine in 2010 by Seattle Magazine. 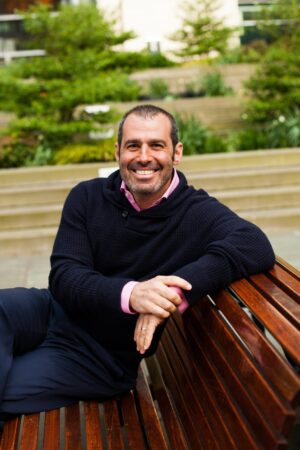