Andrew M. Scharenberg, MD, is the founder and CEO of Umoja Biopharma, an MPM portfolio company.  He also serves as an Executive Partner at MPM Capital, and Chairs Scientific Advisory Boards at Generation Bio, Genti Bio, and Alpine Immune Sciences.

Prior to founding Umoja, Dr. Scharenberg co-directed the Program in Cell and Gene Therapy at Seattle Children’s Research Institute, working to translate cell and gene therapies for the treatment of inherited immunologic and blood diseases. This work led to the development of a program in engineered regulatory T-cells, partnered with Casebia Therapeutics for the purpose of developing a gene edited cell therapeutic for Type I diabetes and other inflammatory diseases. Previously, he was the Chief Scientific Officer of Cellectis Therapeutics, where he initiated the development of an allogeneic CAR T-cell platform, and co-founder of Pregenen Inc., a gene editing and cell-signaling technology company acquired by bluebird bio in 2014.

Dr. Scharenberg earned his M.D. from the University of North Carolina School of Medicine, completed residency at the University of North Carolina Children’s Hospital, and then completed his fellowship in immunology at NIH and at the Division of Experimental Pathology, Beth Israel Hospital. From 2000 to 2020, he was an attending Physician at Seattle Children’s Hospital, a Professor in the Department of Pediatrics, and an Adjunct Professor in the Department of Immunology at the University of Washington School of Medicine in Seattle. Dr. Scharenberg received the American Pediatric Society/Society for Pediatric Research National Young Investigator Award in 2002. He is an active member of the American Society for Clinical Investigation and the American Pediatric Society. 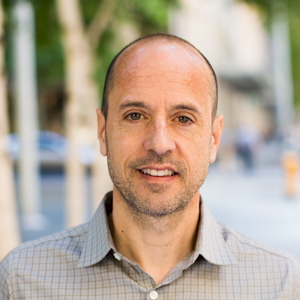